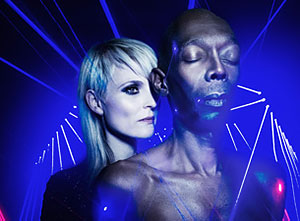 British electronica band Faithless has sold more than 15 million albums worldwide and is regarded as one of the top dance acts of our time. Faithless comprises Rollo, Sister Bliss and Maxi Jazz and was formed in 1995. The band is best known for the hits We Come 1, God is a DJ and Insomnia.

To celebrate the band's 20th anniversary, Faithless performed a number of UK arena shows in November and December 2015 – in Glasgow, Birmingham, London and Manchester.