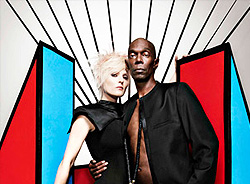 Dance legends, Faithless, have announced a two night residency at the O2 Academy Brixton. Hot on the heels of their hugely successful 2010 arena tour, Faithless will be playing their greatest hits plus tracks from their recent album, The Dance.

Faithless will be appearing at the Brixton Academy on 7th and 8th April 2011 and tickets are on sale now.