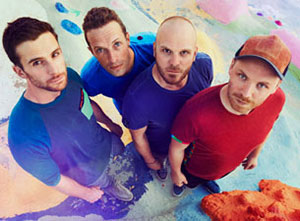 The band's seventh studio album, A Head Full of Dreams, was released in December 2015 and the supporting tour is still ongoing.

Coldplay will perform a huge show at Dublin's Croke Park, plus two shows at Cardiff's Principality Stadium in July 2017, as part of the A Head Full of Dreams Tour.