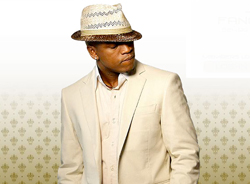 Ne-Yo is a Grammy award winning R&B singer-songwriter who first broke into the music industry by writing songs for other well known artists. Then, in 2006, Ne-Yo released his debut album, In My Own Words, which made him a chart-topping recording artist in his own right. To date Ne-Yo has released four studio albums; his most recent release is Libra Scale.