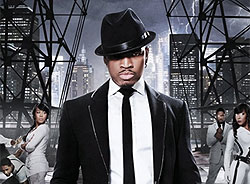 Update 10th February 2011: Ne-Yo has postponed some of the dates in his upcoming UK tour in order to concentrate on his new album, which he is currently recording. Ne-Yo's shows in Glasgow, Liverpool and Newcastle have been postponed until the Autumn, but his shows in Manchester, London and Birmingham are still scheduled to go ahead as originally planned.