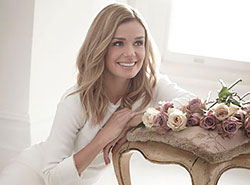 Since releasing her debut album in 2004, Welsh mezzo-soprano Katherine Jenkins has become one of the best known and most successful classical crossover artists in the world. Katherine's first seven albums all reached the No.1 position in the UK classical charts, with total sales in excess of 5 million records.

Katherine Jenkins released her tenth studio album, Home Sweet Home, on 17th November 2014. The next day, Katherine returned to her old comprehensive school in Neath to perform with the choir and inspire the next generation of budding stars.

Katherine Jenkins completed a 21-date UK tour in February and March 2015. The tour marked her tenth anniversary in the music business.