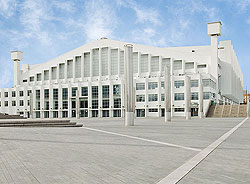 Wembley's SSE Arena was opened in 1934 as a swimming pool to host the Empire Games. From its initial usage as a sporting arena it is now widely recognised as one of the premier music venues in the UK. The SSE Arena has a capacity of 12,500, which makes it London's second largest indoor arena.

Wembley Arena has played host to hundreds of big name acts including Madonna, Prince, Kylie Minogue and Beyonce, to name but a few. Following a £35m refurbishment in 2006, the SSE Arena will continue to attract the biggest acts well into the future.