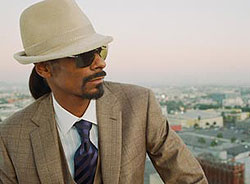 Snoop Dogg, the US rapper who will appear at the Glastonbury and Wireless festivals this Summer, has announced that he will perform a number of individual shows in addition to his festival appearances. Earlier this year Snoop won a legal battle that allows him to enter the UK, following a border agency ban that had previously prevented him from touring the UK.