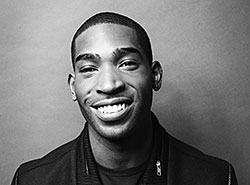 Tinie Tempah has announced a UK arena tour to take place in December 2013. The award-winning rapper from South London will perform eleven dates at venues across the country in support of his highly anticipated second studio album.

Tinie Tempah's second studio album, Demonstration, is due to be released in November. The lead single from the album, a track called Trampoline, reached number 3 in the UK singles chart earlier in the year.

The full schedule for Tinie Tempah's UK arena tour is as follows:

In 2011, Tinie Tempah won two BRIT Awards: Best Breakthrough Act and Best Single for 'Pass Out'. His debut album, Disc-Overy, reached number one in the UK album chart and is certified as multi-platinum.

Tickets for Tinie Tempah's UK arena tour will go on general sale at 9am on Friday 20th September. Venue pre-sales will be available the day before, from 9am on Thursday 19th September.