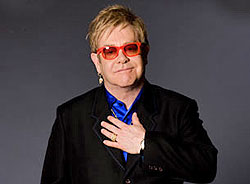 Sir Elton John has announced that he and his band will perform a further five UK shows in the summer of 2012. The shows will be staged at a variety of venues, including a cricket ground, a showground, a football stadium and two indoor arenas.

The five new dates are in addition to the show that Elton already has planned at the new B2net Stadium, home of Chesterfield Football Club.

Elton John and his band will now perform the following UK shows during June 2012:

Elton recently celebrated a milestone in his career, when, on 8th October this year, he performed his 3000th live concert since he began touring in 1969. As one of the World's greatest and most successful live artists, Elton John's spectacular stage shows are simply not to be missed!