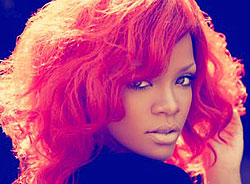 Calvin Harris has been confirmed as the main support act for Rihanna on the UK leg of her Loud tour. The Scottish electro-pop star, whose hits include I’m Not Alone and Bounce, will support Rihanna on all 28 dates of her UK tour, which gets underway in Belfast on the 29th September.

Speaking about the tour announcement Rihanna said: "Calvin is the perfect fit for the Loud tour. He is going to bring something unique and fun for the fans."

The UK leg of Rihanna's Loud tour includes an incredible ten dates at the O2 Arena in London - a record for a solo female artist. Rihanna will also visit Belfast, Liverpool, Manchester, Glasgow, Birmingham, Newcastle, Sheffield and Nottingham, as part of the tour.