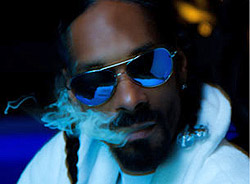 The legendary Snoop Doggy Dogg will visit the UK this autumn to perform a series of arena shows around the country. Snoop released his critically acclaimed eleventh studio album, Doggumentary, earlier in the year and played a handful of album launch gigs in the UK. Those shows proved so popular that The Doggfather has decided to return to the UK to perform to even more of his British fans.

Tickets to see Snoop Dogg during his UK arena tour will go on sale at 9am on Monday 18th July.