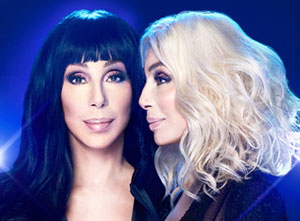 Cher will bring her Here We Go Again World Tour to the UK during the autumn of 2019. The multi award-winning artist will perform live at London's O2 Arena on 20th and 21st October as part of her first UK tour in 14 years.

The tour will be in support of Cher's ABBA tribute album, Dancing Queen, which was released following her appearance in the film Mamma Mia! Here We Go Again.

Tickets to see Cher perform live at the O2 Arena went on general sale on Friday 14th December, priced from £45 plus booking fees.