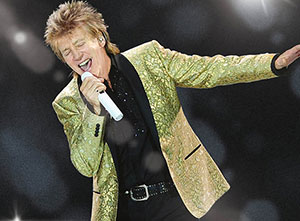 Rod Stewart will be touring the UK for the first time in three years during 2019. The legendary rocker will perform live at London's O2 Arena on 17th, 19th and 20th December as part of the Rod Stewart Live In Concert Tour.

Tickets to see Rod Stewart live on tour at the O2 Arena went on general sale on Friday 30th November, priced from £55 plus booking fees.