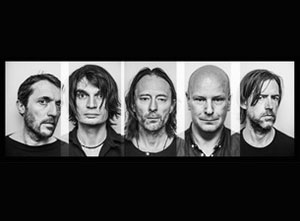 Alternative rock band Radiohead have produced some of the most critically acclaimed albums of the past 20 years – including OK Computer (1997), Kid A (2000) and In Rainbows (2007). The band has won three Grammy Awards and an army of loyal fans along the way.

Radiohead's ninth studio album, A Moon Shaped Pool, was released in May 2016. The band played three nights at London's Roundhouse the same month.

Radiohead will perform a show at Manchester Emirates Old Trafford on 4th July 2017 as part of a European tour.