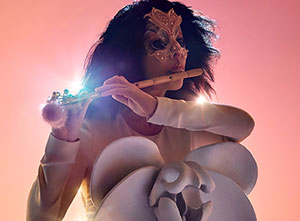 Bjork will bring her Cornucopia Tour to the UK & Ireland during the autumn of 2019. The Icelandic superstar will play shows in London, Glasgow and Dublin in November 2019. The tour is based on Bjork's 2017 album, Utopia, and is described as her first theatrical production.

How to buy Bjork tickets?