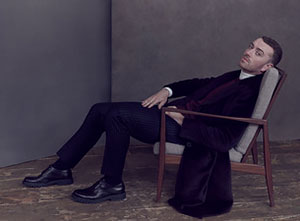 Sam Smith has a massive UK and European tour lined up for 2018. The Thrill of It All Tour will see Sam Smith perform shows in Sheffield, Newcastle, Glasgow, Manchester, Birmingham and London during the UK leg.

The tour will be in support of Sam Smith's second studio album of the same name, which went straight to number one in the UK, US and many other countries following its release in November 2017.