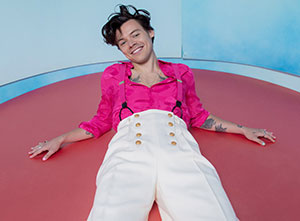 Harry Styles has announced a huge world tour which includes several UK & Ireland arena shows. The tour will be in support of the former One Direction singer's second solo album, Fine Line, which reached number-one in the US chart.

The UK & Ireland leg of his Love On Tour has been rescheduled to take place in March 2021.

How to buy Harry Styles tickets?

Tickets for Harry Styles' UK tour dates went on general sale on Friday 22nd November 2019, priced from £40 plus fees, at Ticketmaster.co.uk and SeeTickets.com.