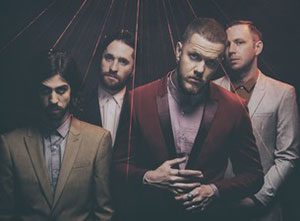 Imagine Dragons will play a handful of UK arena shows during their Evolve World Tour in 2018. The American pop-rock band will visit Birmingham, London, Manchester and Glasgow in February and April 2018.

The tour will be in support of the band's third studio album, Evolve, which was released in June 2017.