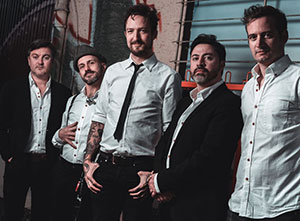 Frank Turner will be touring the UK in late 2019 in support of his eighth studio album No Man's Land. Frank Turner and his backing band, the Sleeping Souls, will play shows in Dunfermline, Cardiff, Southampton, Manchester, Newcastle, Bexhill, London and Birmingham during the tour.

How to buy Frank Turner tickets?