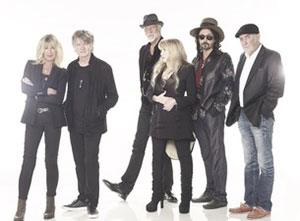 Fleetwood Mac will be touring Europe with a new line-up during the summer of 2019. The Grammy-award winning band will play a huge show at Wembley Stadium in June as part of the new tour.

Mick Fleetwood, John McVie, Stevie Nicks and Christine McVie will be joined by newcomers Mike Campbell and Neil Finn during the tour.

How to buy Fleetwood Mac tickets?