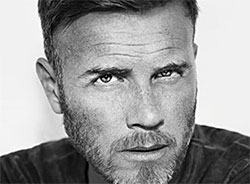 Gary Barlow is best known for being the lead singer and frontman in Take That. As well as writing and performing countless hits with Take That, Gary has also released a number of solo albums.

During the summer of 2011, Gary toured the UK & Europe with Take That on the band's hugely successful Progress Live tour. Later that same year, Gary Barlow replaced Simon Cowell as a judge on The X Factor.

In 2012, Gary Barlow was commissioned to write the official single for the Queen's Diamond Jubilee. The resulting single, Sing, and the album of the same name both topped the UK chart.

Gary Barlow performed at the UK's biggest arenas in April 2014. Gary was touring the UK in support of his latest solo album Since I Saw You Last.