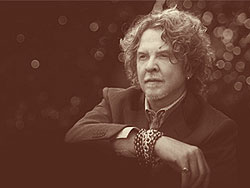 Mick Hucknall is most famous for being the former frontman of Manchester soul band Simply Red. The band split up after a sell-out farewell tour in 2010, leaving Hucknall free to pursue his solo musical interests.

Mick Hucknall released his second solo album, American Soul, in October 2012 and it reached No.6 in the UK chart. The album featured Hucknall's take on clas­sic songs that have inspired him through­out his life.