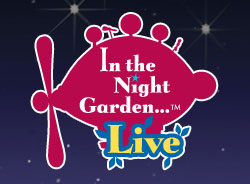 In the Night Garden is a wonderful children's TV programme that is shown daily on CBeebies, just before bedtime. Many a parent will testify that the show has a welcome calming effect on their young kids before they go to bed. The show features the main character Iggle Piggle, his good friends Upsy Daisy and Makka Pakka, plus many other interesting characters.

In July 2010, In the Night Garden Live began touring the UK in an inflatable, purpose-built show dome. The live shows proved a big hit with kids and parents alike, and further tours took place in 2011, 2012 and 2013.

In the Night Garden Live will be touring the UK again in the summer of 2014, with shows planned for London, Birmingham, Manchester and Glasgow. Tickets are on sale now at the official website: nightgardenlive.com

In the Night Garden Live - Links