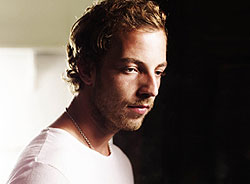 James Morrison's debut single, You Give Me Something, became a top-ten hit in several countries when it was released in 2006. His debut album, Undiscovered, was released shortly afterwards and went straight to number one in the UK chart. The following year James Morrision picked up the award for Best British Male Solo Artist at the 2007 BRIT Awards, confirming his status as a major new talent.

James Morrison had a UK tour planned for early 2012, but had to postpone several concert dates due to a severe throat infection.