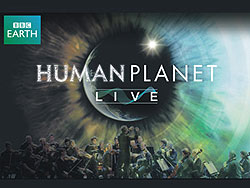 CANCELLED: In December 2011 the BBC issued a statement saying that the Human Planet Live tour had been cancelled - due to operational issues beyond their control - and that all bookings would be refunded in full.