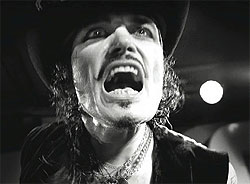 Adam Ant was one of the 1980s best known pop stars. Initially he led the group Adam and the Ants with whom he scored a string of top ten hits, including the number-one singles Stand and Deliver and Prince Charming.

In 1982, the group disbanded and Adam Ant embarked on a solo career, which resulted in more top ten hits, including the number-one single Goody Two-Shoes.