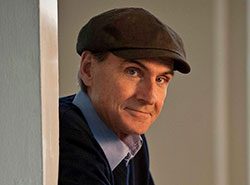 James Taylor is a five-time Grammy Award winning singer-songwriter and guitarist, who has sold more than 40 million albums during his illustrious career. James Taylor made his breakthrough in 1970 with the release of his second album, Sweet Baby James, which spawned his first hit single Fire and Rain.

James Taylor's most recent studio album, Covers, was nominated for two Grammy Awards. The album features James and his band putting their own musical interpretation on songs from the 50s, 60s and 70s.

James Taylor and his legendary band will be touring the UK & Ireland in September and October 2014.