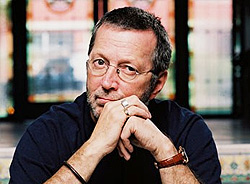 Eric Clapton CBE is one of the world's most influential musicians. With his musical roots deeply seated in blues, Clapton is credited with the creation of innovative musical styles such as psychadelic rock and blues rock.

Eric Clapton has sold tens of millions of albums and has performed with some of the greatest musicians during his career. He has toured the world spreading his unique blues-rock style music and continues to wow audiences, both old and young alike.

Eric Clapton performed a series of concerts at London's Royal Albert Hall in May 2015, in celebration of his 70th birthday.