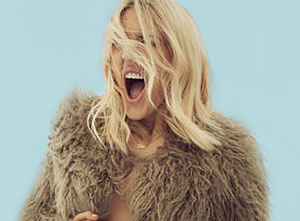 Ellie Goulding burst onto the music scene in 2010, winning the Critics' Choice BRIT Award and the BBC Sound of 2010 poll. Her debut album, Lights, reached No.1 in the UK chart.

Her second studio album, Halcyon, also reached No.1 in the UK chart in 2014 – the same year that she was named Best Female Solo Artist at the BRIT Awards.

Ellie Goulding completed a UK arena tour in March 2016. The tour followed the release of her third studio album, Delirium, in November 2015.