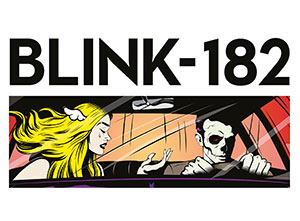 Californian pop-punk band Blink 182 formed in 1992 and found mainstream success with the release of their third studio album, Enema of the State, which spawned the hits All the Small Things and What's My Age Again?. The band split in 2005 but reformed again in late 2008 with plans for a new album and tour.

Blink 182 last toured the UK in the summer of 2012. The tour was in support of the band's sixth studio album Neighborhoods.

The band's seventh studio album, California, was released in July 2016 and reached No.1 in the UK and US charts. A 10-date UK arena tour is planned for July 2017 in support of the new album.