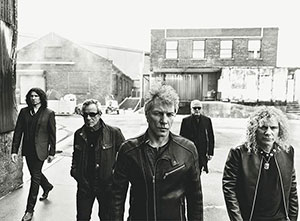 Bon Jovi will be touring the UK & Ireland for the first time in six years during the summer of 2019. The legendary American rock band will play huge stadium shows in Dublin, Liverpool, Wembley and Coventry as part of their This House Is Not for Sale Tour.

Manic Street Preachers will support Bon Jovi during the tour.

How to buy Bon Jovi tickets?