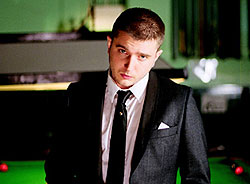 Plan B (Ben Drew) shot to fame with the release of his second album, The Defamation of Strickland Banks. The album is the soundtrack to a film of the same name, which Plan B directed and starred in. Plan B won the award for Best British Male at the 2011 BRIT Awards. He also picked up a trio of Ivor Novello Awards in 2011.

Plan B released his third studio album, Ill Manors, in July 2012 and it reached number one in the UK album chart. The album has again been used as the soundtrack to a film of the same name.

Plan B has an 11-date UK arena tour lined up for February 2013. The tour will feature songs from his last two chart-topping albums.